So you might be wondering what I was up to while I was away from regular blogging.  The long and short answer is I started to get into craft beer.

Sure, I was tasting and drinking wine on occasion, but I found myself reaching for a bottle opener more often than a cork screw.

I tasted and enjoyed alot of beers and while exploring I believe I found my beer  of choice.  Regular readers know how I go had over heels for Cabernet franc.  In the beer world I really started to become a stout fan.  I have always been a fan of the traditional pint of Guinness Stout or Murphy’s Irish Stout.  But it was not until I started to get into craft beers that i realized what a really REALLY good stout is.  And now, I don’t think there is anything that will satisfy me more than a glass of craft stout.

For starters, I have become a craft beer fan of SixPoint’s stuff.  Sweet Action, might be my favorite of their nano-keg lineup, but I also fell in love with Bengali Tiger.  The Crisp, which was in heavy rotation in my fridge over the summer and into the early fall was a nice thirst quenched.  This winter they released a stout called Diesel.

I also tried a few red ales or “sour beers”.  I thought I would find them easy to get into and I thought they would be my new go to beer.  I did like them alot, I just found it difficult to have without food.  I could see some of them with a burger.  For those not in the know, sour beers are brewed with bacteria.  Sound gross.  Brettanomyces, which is a bad thing in wine,  is what helps add to the flavor and kick starts this long ferment. 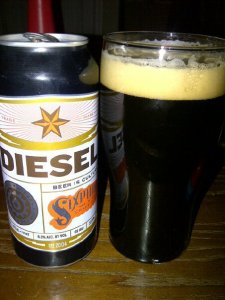 Like I said earlier,  I really fell in love with were craft stouts.  If you consider yourself a stout lover, you had better make sure you try Sixpoints stout,  Diesel.  Or how about trying Long Ireland‘s Black Friday Imperial Stout under cork and cage.  Even better yet is Brooklyn Brewery‘s Black Opus.  But my favorite stout that I have had thus far is hands down Spider Bite Brewery‘s Boris the Spider Russian Imperial Stout.

Now, I never took tasting notes on them, I just enjoyed them.  It seems that finally after all these years of trying to get into beers, I finally did.  But do I really want to take notes, or should I just enjoy them in my easy chair and slowly but surely become a stout master.   Maybe you will soon find out. 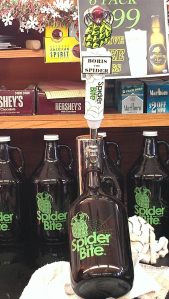 I am a Licensed Funeral Director who is having a love affair with Long Island Wine and the people that make Long Island wine so special. I am married to my wife Melissa and live in Rocky Point. Our first son Gabriel Noel was born on July 27, 2010. We have three cats and one dog.
View all posts by Michael Gorton, Jr. →
This entry was posted in Beer, Craft Beer, New York. Bookmark the permalink.

2 Responses to What I Did On My Blogger Hiatus