A Change On The North Fork

I sat in my car staring at my Blackberry in shock.   I refreshed my Blackberry just to be sure my eyes were not playing tricks on me.  The tweet from Howard Goldberg of the New York Times looked like this:

My thoughts and emotions were really racing.  At one minute I felt as if I had lost a friend.  Then in the next instant, I felt this excitement of waiting for a party to start.  The only thing I knew for sure was that the 2010 harvest at these to vineyards was not going to be the same. 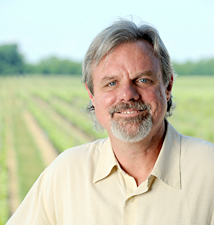 I have known Rich Olsen-Harbich for just under a year.  The first time I met him was my first ever winery visit on Long Island for Undertaking Wine.  He was warm, inviting, enthusiastic and honest.  I was hooked right away and wished to spend more time with him.  We tasted alot of wine that day and I rediscovered Raphael Wines, thanks to Rich.

I had met Rich another time, in the fall, harvesting Cabernet Franc with fellow blogger and wine enthusiast, Lenn Thompson’s Francdevours project.  Again, good times and yearning for the chance to spend more time with Rich.

Then Rich got on the grid with Twitter.  It was great to follow him and have conversations with him via Twitter that covered all aspects of grapes to being a parent and raising kids and sports.  Finding out he and I are Jets fan’s was a highlight.  However, learning he is a Mets fan really put a bad taste in my mouth.   His articles and news snippets that he reads and would post on twitter to share with others where great.  I learned alot from reading them and yet again I yearned for more time with this man.

During the month of April, Long Island Wine Country was Barrel Month and vineyards were inviting folks to taste wine from the barrel.  I did this for the blog, but when I found out Rich was doing it with a group at Raphael, I had to go; But go for myself.  Just to enjoy the experience and be me a wine enthusiast, not some wine blogger.  So Melissa — my wife, and I, went off to taste with a group of about 10.

Rich guided the group through the vineyard and into the barrel cellar.  Melissa and I went that day and for me it was a day I will always remember.  Rich was so engaging and excited to be sharing wine with us and everyone there, some of who have never tasted wine from a barrel before.  To see Rich, jump from barrel to barrel pulling sample after sample; it was like watching Rich trying to piece a puzzle together from across the room.  The folks that were there that day left happy and educated thanks to Rich.  He was offering Malbec samples, showing the difference between french and american oak barrels and offered us some funky Merlot that blew my socks off, and the smile on his face when I fell to my knees over that Merlot was priceless.  It was great to see what the 2009 vintage has in store for Raphael.  But it was rewarding to see a few Franc converts that day.

After the tasting, Rich chatted with Melissa and myself about our soon to be baby.  It is a few minuets that made me feel like I was talking to an old friend or close family member.  The advice he offered and support was very helpful.  Little did I know that would be the last time we would be in the cellar at Raphael with Rich.

You see, I have always thought of Raphael as Rich’s place.  A master with Merlot, Cabernet Franc, Sauvignon Blanc and Rose.  Now Rich has a new place; Bedell Cellars.  Can he Master the Musse? — Bedell’s signature wine.  Rich has scored 90 in Wine Spectator with some of Raphael’s wine and Musse has scored a 90 as well, can they be eclipsed.  I cannot wait to see what Rich will do with Bedell.  Rich’s fingerpints are all over Raphael and those fingerprints are going to be hard to remove.  14 years in one cellar is a long time and alot has been accomplished there.  But more awaits.

I also cannot wait to see what Raphael will do as well.  They are aggressively moving the wine on tap system and they have released some new blends, like La Tavola.  Rich has laid some great foundation at Raphael, as he has done across this island.  The Naturale line offers a glimpse into the future of Long Island Wine.  Will they continue without Rich; I hope so.

Rich has agreed to help in the transition and his leaving Raphael is amicable.  He has said that there are things to be finished in the cellar there.  Rich has some great wines in the barrel at Raphael and from the tasting, his last will be memorable.

My very first thought at the golf outing was not about Rich, or Raphael or about Bedell.  But about Merliance.  The cooperative effort by members to produce the best Merlot this region can.  Raphael is a member, Rich is a founding member and Bedell currently is not a member.  I tweeted with Rich while up in TasteCamp about Merliance, I hope Merliance only gets better.

I also thought of Kelly Urbanik, former winemaker at Bedell.  While I never met her, I know that she left California to come here and be one of a few female winemakers here on Long Island.  While at Bedell, she did make some very nice wines, but her contract was up and it was not renewed.  Kelly has the experience and the knowledge to land on her feet and she will.  I wish Kelly Godspeed in her next adventure.

Finally I thought of the opening at Raphael Vineyards.  It may be hard to fill the shoes that Rich left, but I am sure Raphael will find that person.  Does Raphael go local or look to europe.  Do they go young or look for an experienced winemaker.  The opening at Raphael is kind of like when Joe Torre left the Yankees.  The majority thought it would Don Mattingly taking over the Yankees.  In the end, Joe Girardi would be the manager — that worked out well for the Yankees.  This will work out for Raphael just the same.  I do wish I was a winemaker because I would have sent in my application.

So, a new chapter is about to be written by two esteemed vineyards.  Raphael, where Rich was at from the start, starts a new.  And Bedell, one of the oldest, gets and original, and one of the best, if not THE best Long Island has.   Rich brings 30 plus years of experience to Bedell and he might know Long Island vines better than anyone else.  After all, Rich did write the three American Viticultural Areas or AVA’s for Long Island.

Bedell and Raphael will never be the same — and believe it or not,  that is a good thing.

I am a Licensed Funeral Director who is having a love affair with Long Island Wine and the people that make Long Island wine so special. I am married to my wife Melissa and live in Rocky Point. Our first son Gabriel Noel was born on July 27, 2010. We have three cats and one dog.
View all posts by Michael Gorton, Jr. →
This entry was posted in Bedell, Long Island, News, Raphael, Wine. Bookmark the permalink.